Hi gents,
Been snowed under with work at the moment but as some new figures arrived via Dave Jarvis I thought I had better get the finger out hobby wise and get a post in.

I converted a few figures a couple of weeks ago to represent the Ottomans habitat of taking Christian children  as a form of blood tax known as the Devşirme. The Ottomans took boys from their Christian families and then converted to Islam with the primary objective of selecting and training the ablest children for  positions, either in military or as administrators to serve the Empire, though in Bosnia, exceptionally, the devşirme was also extended to local Muslim families. 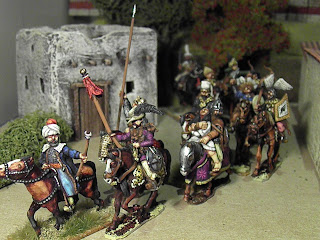 The ideal age of a recruit was between 7 and 10 years of age, although they recruited much younger boys. As the devşirme were recruited they could to rise up to the grand vizier status, Christian parents were known to bribe scouts to take their children in Bosnia. Nevertheless, the devşirme system was locally resented and was resisted, even to the point of disfiguring their sons there would have been rumours of the Sultans Harem for good looking boys!. 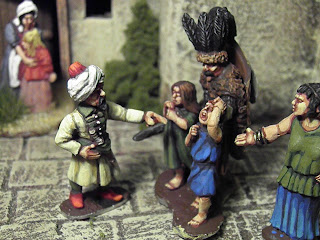 This system as explained by Çandarlı Kara Halil Hayreddin Pasha, founder of the Janissaries, "The conquered are slaves of the conquerors, to whom their goods, their women, and their children belong as lawful possession", indicates the clear opinion of an Ottoman official regarding devşirme. 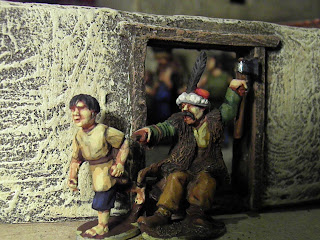 According to scholars between 200,000 and 300,000 boys were subjected to devşirme in period from the 15th until the 17th century; a policy that was clearly contradictory to Muslim law at all times . According to some, the devşirme system offered "limitless opportunities to the young men who became a part of it. However, according to Dr. Basilike Papoulia, "...the devşirme was the 'forcible removal', in the form of a tribute, of children of the Christian subjects from their ethnic, religious and cultural environment and their transportation into the Turkish-Islamic environment with the aim of employing them in the service of the Palace, the army, and the state, whereby they were on the one hand to serve the Sultan as slaves and freedmen and on the other to form the ruling class the  State" . 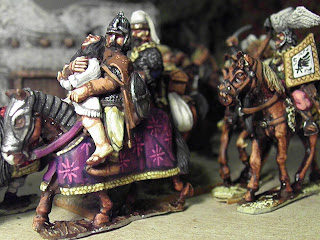 I don't know if adding a bit more narrative works or not the blog is more about the figures than the history but at least it gives a little insight as to what has fired the imagination. I can't help but think of the child catcher from Chitty Chitty Bang Bang when I read of the Devşirme he still sends a shiver down the spine.
Thanks for stopping by
Best wishes
Willie
Posted by Willie Anderson at 04:34 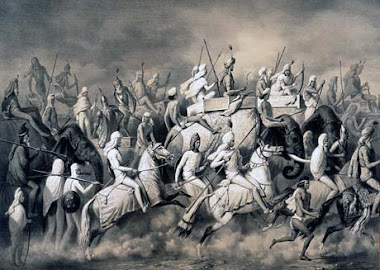 Willie Anderson
I have been collecting wargames figures for as long as I can remember starting with Airfix as a child.Having been away from the hobby for a number of year's I decided to get back into it 2006 so the majority of the figures you will see on this site have been done in the last few year's. 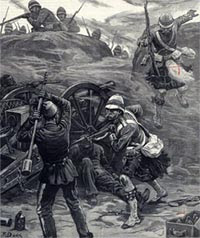